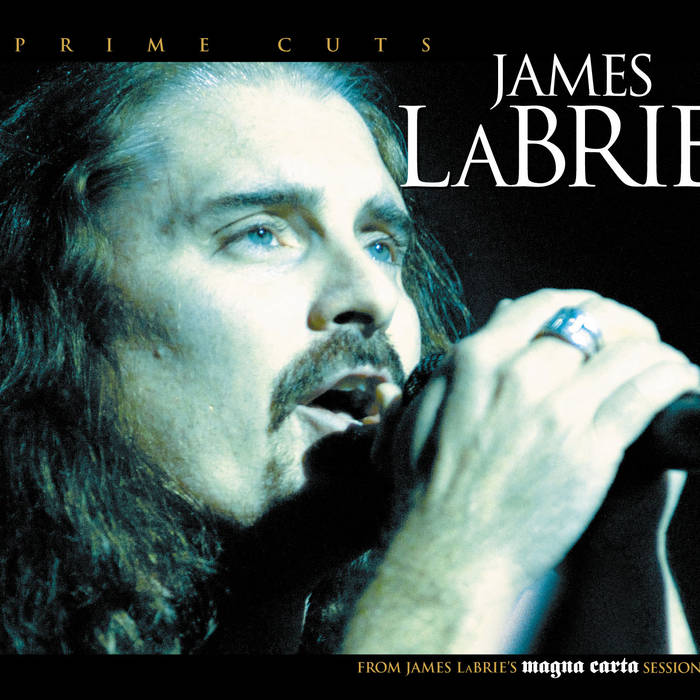 While debate rages as to whether progressive-rock artists such Yes and King Crimson have remained “progressive”, their vibrant, enduring music has so seeped into our popular consciousness as to be defined for all-time the term, “art rock.”

Who could have guessed that when vocalist James LaBrie and his bandmates in Dream Theater emerged with their firebrand technical proficiency and metallic sensibilities, that they would cut through the genre’s thick mystique with the razor-sharp precision of an arena laser-light show, bringing the world a new strain of progressive music? Accordingly, with his signature vibrato voice, LaBrie has breathed humanity (and fresh perspective) into a diversity of musical projects, having unabashedly claimed his status as modern prog’s most recognizable and fearless lead singer.

As this ten-song Magna Carta compilation reveals, LaBrie is unafraid to ride the emotional waves of disparate music – from metal to ambient. LaBrie’s voice, at times, crests violently, undulating in throaty vibrato splendor (towering over a sea of choppy chords) and at others it quietly ripples through passive musical waters with barely more than a breathy whisper. Simply put, this collection (spanning the mid 1990s through to the early 21st Century) highlights LaBrie’s most expressive, diverse, and adventurous vocal performances this side of the Dream Theater juggernaut.

The opener, “Afterlife” extended mix (it originally appeared on LaBrie’s MullMuzzler 2 record), underscores LaBrie’s ability to manipulate light and shadow with an equal balance of soulful coolness and passionate bursts reminding us of arena-rockers such as Steve Perry, Paul Rodgers and Brad Delp.

Labrie and crew (Dregs guitarist Steve Morse, Cynic/Æon Spoke drummer Sean Reinert and Sean Malone on bass) bash and glide their way through 4/4 and 3/4 times on a remake of Rush’s exhilarating sci-fi mini epic “Red Barchetta” (taken from Magna Carta’s Rush tribute record Working Man). LaBrie, a native Canadian, is dead-on for Ged (and even belts out impressive unscripted vocal acrobatics). Nestled, as it is, in the second slot of this platter (it appeared second on Rush’s own Moving Pictures from 1981, as well) “Red Barchetta” prepares us for the magical entries that follow.

That segues perfectly into the hypnotic, Celtic/Turkish/Persian feel of “Shores of Avalon” (from MullMuzzler’s Keep It To Yourself). At once hopeful and chilling, here LaBrie emotes with both earthly aplomb and otherworldly “X Factor” in this dynamic musical setting.

“Vertebrates” features Trent Gardner’s creamy and LaBrie’s clear and soaring vocals which complement in ways that evokes the classic Kansas Robbie Steinhardt-Steve Walsh vocal tandem. Even if Explorer’s Club’s material is a bit heavy handed, when was the last time primordial imagery were used to convey the message about having the fortitude (ie. the backbone) to be honest with a romantic partner?

LaBrie gets a little ‘ELP from his friends (to steal a phrase) Jethro Tull guitarist Martin Barre and drummer Doane Perry on the thrilling “A Time and A Place”, based on the Emerson, Lake & Palmer classic (from Magna Carta’s ELP tribute, Encores, Legends & Paradox). The strong and sweet melodic thread running its length showcases LaBrie’s ability to extract a killer lead line from an original that, at times, borders on punk-like atonal screaming.

In pre-Da Vinci Code majesty and mystery, “This Time, This Way” (from the Trent Gardner-driven conceptual recording project Leonardo: The Absolute Man) triumphantly trumpets a summit meeting between LaBrie and the soaked-in-whiskey-and-honey-voiced Lisa Bouchelle (Bruce Springsteen, Bon Jovi). The duo’s timeless (often rousing) performance evokes such genre-transcending songs as “Islands in the Stream” and “(I’ve Had) The Time of My Life.” If he wanted it, LaBrie could have a convincing second career as a star Broadway singer.

“No Returning” (from Explorer’s Club Age of Impact) concludes this compilation. Like some time-warped hybrid jam of Soundgarden’s “Rusty Cage” and Kansas’ “Carry On Wayward Son”, LaBrie vitriolic and virtuostic performance is equal parts Chris Cornell and Dennis DeYoung, underscoring LaBrie’s range and prestigious position as prog rock’s “it” singer.

Bandcamp Daily  your guide to the world of Bandcamp

Featured sounds from Fly Lo and Ahmed Idris, plus Mother Nature hops on to drop off new project